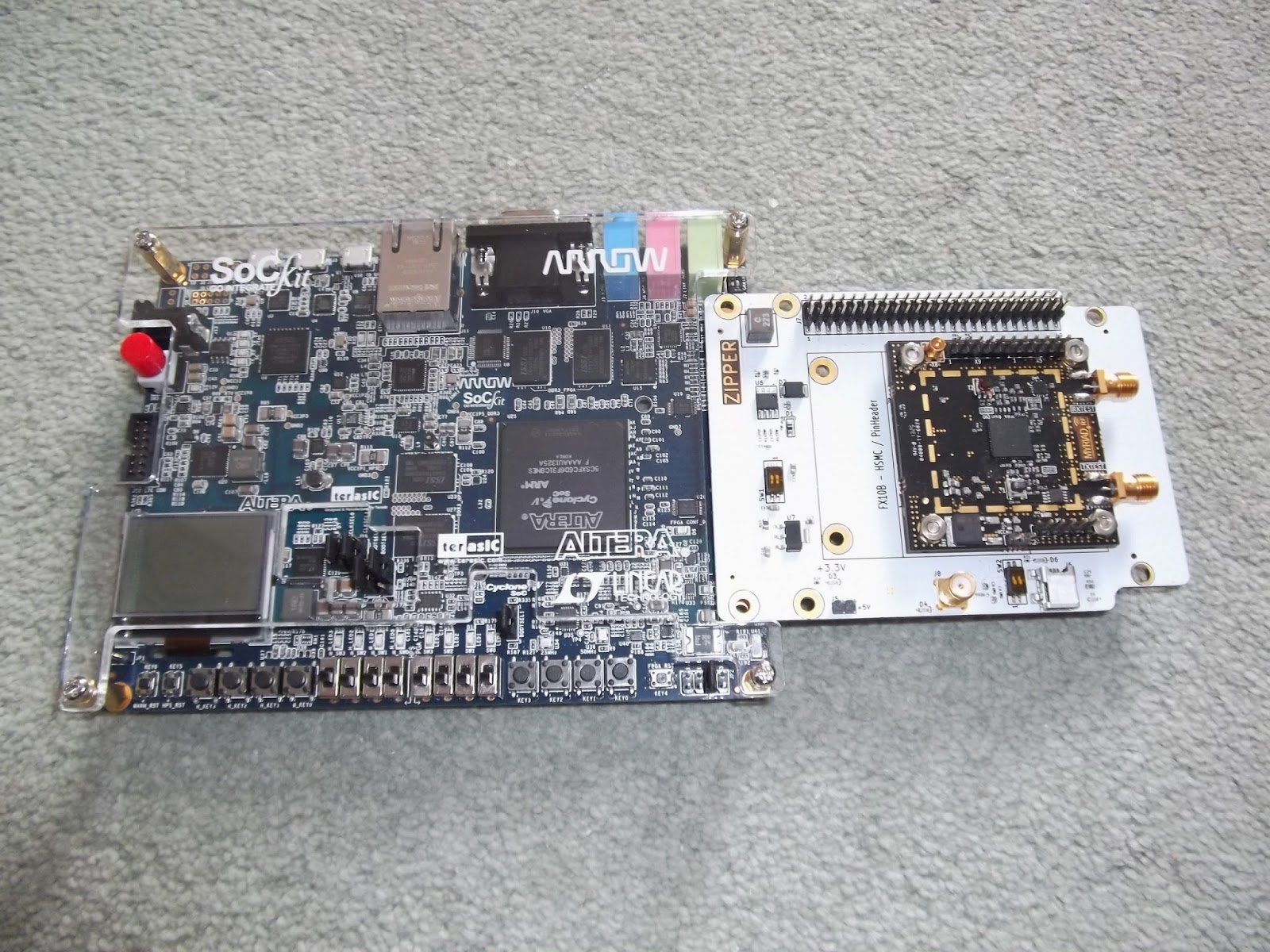 This is a project for later in the year. What you are seeing is an Altera Sockit kit.
The main chip combines a Cyclone V FPGA and dual core ARM processors on
one piece of silicon. The board has both a Gigabit Ethernet and a VGA output
as well as sound i/o and a number of USB2 connectors. As you can see this
screams "I want to be an SDR".

To the right is a Myriad RF board and its associated Zipper interface adapter.
The chip on the Myriad board a LMS6002D currently operates from
300 MHz to 3.8 GHz. Lime have announced a new chip LMS7002M which
will have an extended frequency range 50 MHz to 3.8 GHz and boasts
2 complete transceivers.

The Zipper board allows Myriad to be used on either Xilinx FPGA boards
that have an FMC connector or on Altera boards that have HSMC connectors.
It also adds a USB to I2S chip to program the Lime microsystems chip and a
programmable clock generator.

There are already a  number of Linux ports to run on the Sockit board. I have
also spoken to one of the clever people at TAPR and he suggested that I might
like to use the work done on HPSDR which should be easy to move to this
board. He is planning to do something similar himself.

This will give me a chance to learn to use the Avalon fabric promoted by Altera.
Avalon is licence free and forms a way of connecting FPGA blocks together in
a relatively painless manor using their QSys tool.

Technology just gets better and better.